Shay D paints some pretty vivid pictures of the inner city, ones some are familiar with growing up in London et al. What’s unique and sets her apart from MCs who’ve ventured into similar territory, is that she digs further beyond the surface of mere observation, sewing the thread between a myriad of socio-economic and psychological complexities, paying close attention to standout references which become checkpoints along the way.

Baby mothers ringin, the electrics not been on still,
Pupils dialate, politicking with apostles
But it’s him and a empty bottle on the cold floor of his hostel
Grovellin – punch walls with five Argos sovereigns,
Sobbin in a church that he used to sing to gospel in.

Can’t Stand Still is a great example of this; the baby mother signals a broken relationship, a cycle which often repeats itself in the next few generations, the electric being cut off is the economic struggle betwen the two parents -perhaps the father not playing his position or wanting to torture the mother of his children because she didn’t want to put up with him and his philandering. The use of the words ‘Argos’ and ‘Sovereigns’ is clever because you associate the two with contestants on the Jeremy Kyle Show and deeper still, paints a picture of those often forgotten about by wider society who seem to have alot of the issues that either are not often addressed with resolutions or dismissed by the powers that be, who see them as insignificant.

She forgot what her face looks like, she doesn’t look at it long enough, she needs to paint it into applause.

I heard that line and my jaw dropped because its true. How many people take a proper look at themselves in the mirror to know what they actually look like? The self doubt and insecurity creeps in, the Ooo’s turn to Eww’s and before you know it, the palette and brush come out as you begin to paint the face on that you think is more favourable to the rest of us than your own. That can be interpreted as figurative too; how many of us are truly unhappy but masquerade as if we were happy just to get by and avoiding our own reflection. Powerfull…

How’s there little kids merked everyday
Innocent youts shot dead in these warzones
Then I see heads shot crack to the ends, just to put brand names in their wardrobe

The play on words and theme for the war zone/wardrobe lines are brilliant; you gave us the tragedy, the circumstance, and the motive. The two lines are in perpetual motion because even if you reversed the theme and switched up the order, you’d get to the demise which also gives you the motive and the reason for being vexed. It’s efficiently intricate in a sense that you present a storyboard in the style of a Tarantino film where all parts coexist at the same time. There’s so many levels to this, it’s insane… 🙌

A solid offering from someone who’s consistently pushing the boundaries and elevating the culture of Hip Hop.

This isn’t just an album where someone has carelessly flung a bunch of tracks together, I’d call it more of a carefully constructed itinerary of someone baring their heart and soul to all; you can take a journey through paternal relationships, self esteem and image of self. The tracklisting is meticulous and not only dictates the pace of album but in turn creates a perfect balance between all sentiments, creating more of an expedition into the life, mind and observations of Shay. 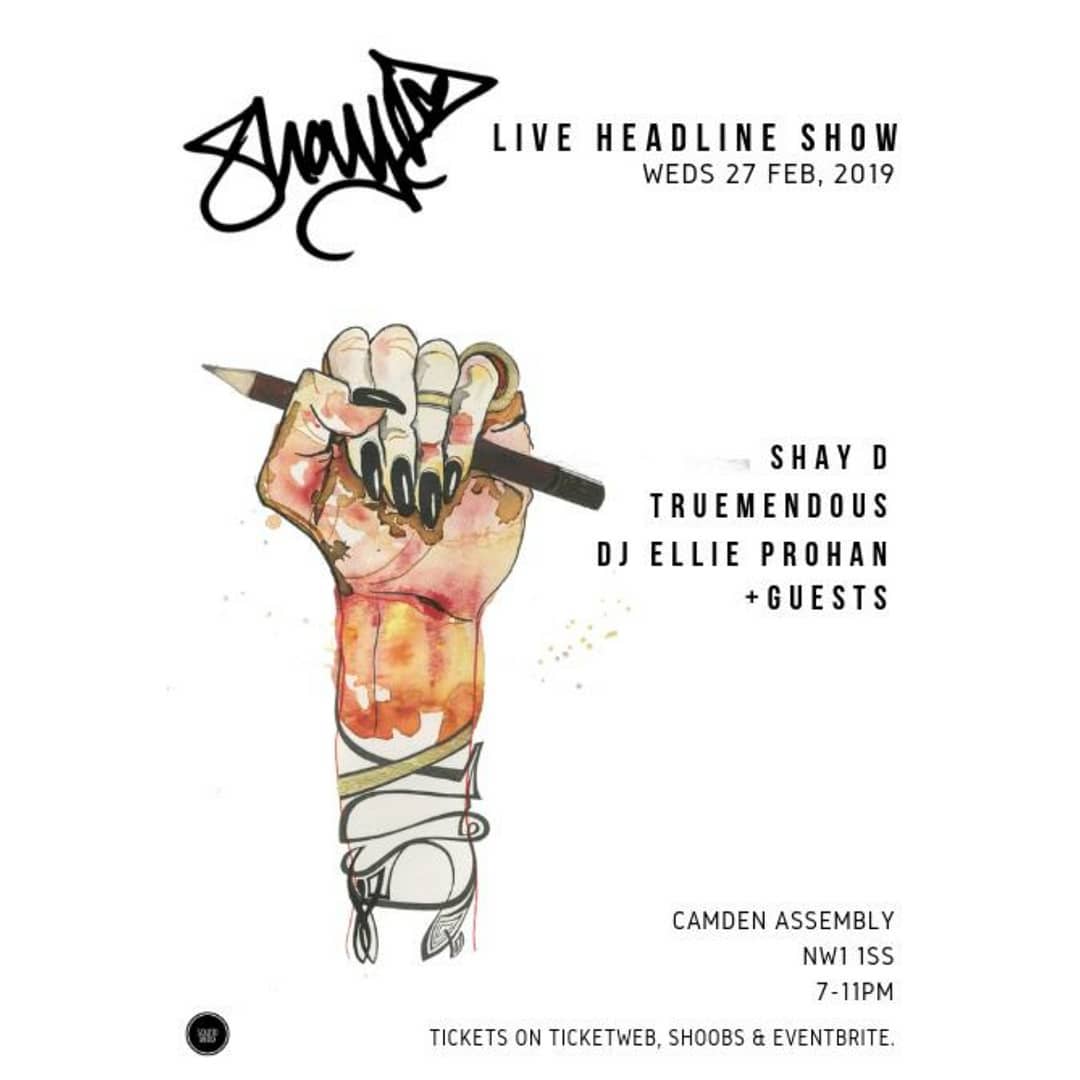 Originally published on Up In The Ear.